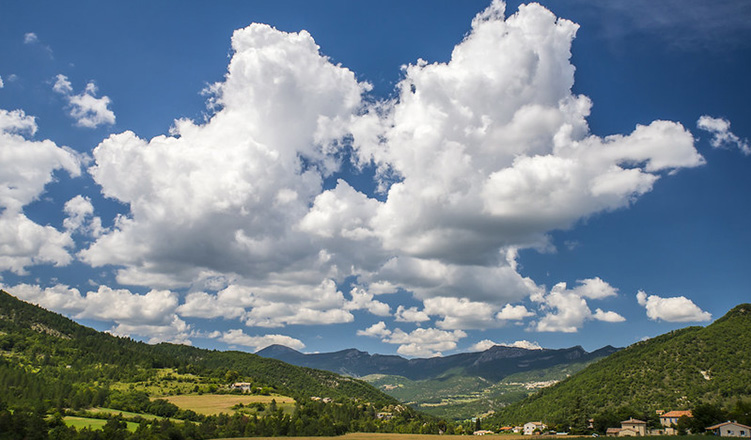 The term Mediterranean cuisine might leave anyone living in one of the many countries that surround the Mediterranean Sea scratching their heads. This is because the region is culturally and geographically diverse; twenty-one countries border the Mediterranean, among them France, Italy, Spain, Greece, Turkey, Syria, Algeria, and Egypt. What we consider Mediterranean cuisine is really a combination of the foods, cultures, and traditions from these different countries and regions, and great culinary possibilities arise from combining the many spices, produce, and techniques from such a wide array of cooking traditions.

Because so many of our culinary traditions are rooted in French cooking, let’s start our exploration of the Mediterranean there!

The south of France borders Spain and has a stretch of coastline on the Mediterranean Sea. Thus, like the Iberian Peninsula, the region experienced waves of invaders and settlers, all of which had lasting influence on the culture and cuisine. The Greeks were the first to arrive, settling in the Mediterranean region of Provence. Eventually, the Romans conquered all of Gaul, as France was then known, and ruled it for nearly five centuries. After the fall of the Roman Empire, France devolved into a tangle of kingdoms until a monarchy was established in the tenth century. During the late thirteenth century, the chef for King Charles V, Taillevent, wrote an extensive cookbook that codified both French and Italian dishes. In addition to the early cookbook, France pioneered many of the knives and cutlery that was adopted by Italy and countries in the New World. Eventually, French cuisine became widely synonymous with haute cuisine, although more rustic, peasant fare was prepared across the country as well.

The cuisine of a country varies by region as much as its landscape and its people; there is no simple definition of a national cuisine. The culinary traditions of most, if not all, countries can be broken into regional cuisines. This is especially true for the many regions of France, with its southern half having a strong Mediterranean influence.

Provence, located in southeastern France, borders the snowcapped Alps of Piedmont, Italy, to the east, the Rhone River to the west, and the Mediterranean coast to the south. The climate is subtropical with more hours of sunlight than any other region of France. Provençal cooking has a distinct style and flavor components. Garlic, tomatoes, olives, and olive oil are staples of the Provençal kitchen. Herbs grow abundantly and play a large role in seasoning foods. Sheep in this region are free to graze on rosemary, savory, lavender, thyme, and marjoram. This grazing is what gives the lamb of the region a distinct flavor that can’t be found elsewhere.

Due to the proximity of the Mediterranean Sea, there is also a rich assortment of fish. What these small fish lack in size they more than make up for in flavor. Anchovies, for instance, are the basis for tapenade—a purée that also includes olives, capers, and olive oil—and anchoïade—a dish of fish softened in olive oil with finely chopped garlic, sometimes served on grilled bread. Some common large fish include red mullet, sea bass, monkfish, and cod, which is often salted and used in dishes such as brandade.

The Vaucluse in the Rhône Valley of Provence is considered “the garden of France.” Almost every variety of fruit and vegetable grows in the narrow fields between the dark cypress windbreaks. Apricots, cherries, plums, strawberries, figs, melons, and peaches are abundant due to the intense sunshine and the warm mistral winds that blow through the region. Much of the fruit is preserved in jams or as crystallized fruits. In the Vaucluse, the tomatoes, peppers, zucchini, and onions are not so much cooked as “melted” in olive oil, and the seasonings are as essential as the ingredients.

The cheeses of this region are mostly small and, depending on the season, may be made with cow’s, sheep’s, or goat’s milk. Some of the most popular cheeses are Picodon, Bossons macérés, Banon, which is wrapped in chestnut leaves, and fromage fort du Mont Ventoux, which is Banon mixed with wine, oil, and herbs.

Salade Niçoise is a typical example of a Provençal dish that combines fresh produce and seafood, and is perfect on a hot summer day, served along with a chilled glass of rosé. Some other Provençal specialties include ratatouille and bouillabaisse.

To learn more about the flavors, techniques, and culture of cuisines of the Mediterranean, come join us for multi-day hands-on culinary boot camp at our Hyde Park or Napa campuses.