A History of Excellence, Professional Advancement, and Innovation

Today, The Culinary Institute of America is widely recognized as the world’s premier culinary college, with more than 50,000 alumni fanned out around the world as living testament to the quality of a CIA education.

Such success doesn’t happen overnight. The CIA has an amazing story, and it starts back in 1946, with a daring vision shared by two extraordinary women…

“With your help and the determination to make this school of ours the culinary center of the nation, I think we have the answer I looked for at the start: America—the best meals on earth.” Frances Roth, at the National Restaurant Convention in 1950

Connecticut-based attorney Frances Roth may have never worked in a restaurant, but she was one of the most influential pioneers in culinary education. From her perspective on the industry, she was determined to establish a school that would become “the culinary center of the nation.” With support from co-founder Katharine Angell, who was married to then-Yale University President James Rowland Angell, Mrs. Roth turned her passion into a new vision for educating chefs.

On May 22, 1946, the New Haven Restaurant Institute opened its doors in downtown New Haven, CT as the first and only school of its kind in the United States. Specifically created to train returning World War II veterans in the culinary arts, the Institute enrolled 50 students and employed a faculty consisting of a chef, a baker, and a dietitian. 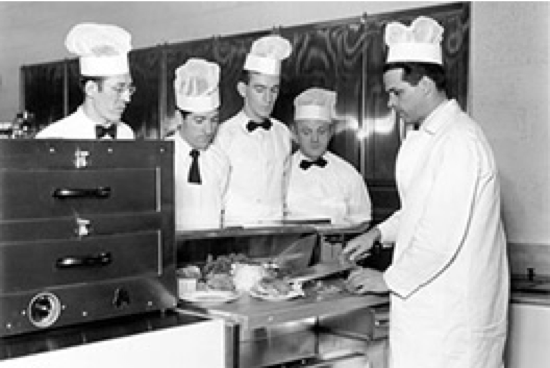 The early years of the Institute are marked by continual growth and accomplishment:

1947: The school changed its name to the Restaurant Institute of Connecticut.

1950: Just four years after its opening, 600 veterans from 38 states had already graduated from the Institute.

1951: The school changes its name one final time, to The Culinary Institute of America, reflecting its national scope and the increasing diversity of the campus population.

1960: Continuing education classes are created for food professionals in search of more training.

1969: With more than 1,000 students and facilities strained to the maximum, it’s becoming clear the CIA needs a new home…and a new era is about to begin. 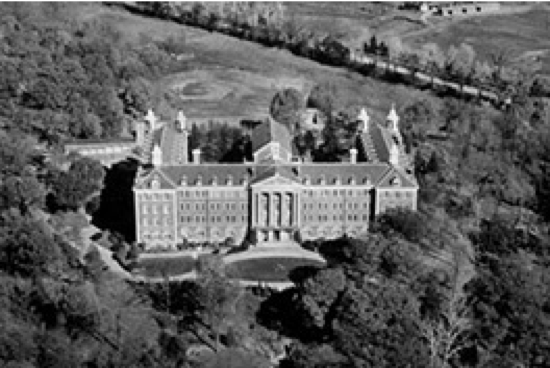 With its move to the beautiful Hudson Valley in New York, the CIA is well-positioned to advance its reputation for excellence in culinary education and meet national—and international—demand for its services.

1970: The CIA purchases the St. Andrew-on-Hudson Jesuit novitiate in Hyde Park, NY for its new campus.

1971: The Board of Regents of the State of New York grants the CIA a charter to confer an Associate in Occupational Studies (AOS) degree, making it the first culinary college to be so authorized.

1972: The CIA opens the doors to its beautiful new riverside campus in Hyde Park, NY, with its main building named Roth Hall.

“The CIA is the leading institution in preparing the next wave of great American chefs.” Tim Zagat, co-founder and publisher, Zagat Survey

“The Harvard of Haute Cuisine.” Life magazine headline for an article about the CIA, May 1979

The 1980s: Leading the Profession

The CIA is at the forefront of preparing students to succeed in one of the hottest industries on the planet.

1980–1981: Master Chef Ferdinand E. Metz is named the college’s next president, and the CIA becomes the only school authorized to administer the American Culinary Federation’s certification exam for Master Chefs, the highest professional certification in the country.

1982–1984: Three additional student-staffed restaurants make their debut on the Hyde Park campus: the American Bounty Restaurant, one of the first in the nation devoted to American cuisine; Ristorante Caterina de’ Medici, specializing in Italian cuisine; and St. Andrew’s Café, geared toward nutritional cooking.

1984: The CIA’s continuing education center (later named the J. Willard Marriott Education Center) opens, and an experimental kitchen and food laboratory are constructed to study and teach the science of cooking.

1988: Continuing to blaze trails in research and education, the CIA builds the General Foods Nutrition Center to promote nutritional cooking. The center becomes the new home of St. Andrew’s Café. 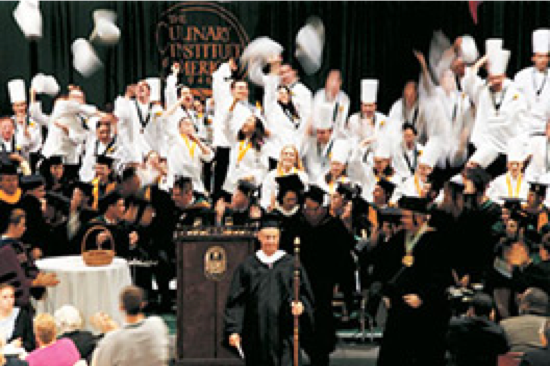 The 1990s: New Standards of Excellence

New bachelor’s degree programs and a West Coast presence highlight one of the most significant periods in the college’s history.

1990: The college opens its new baking and pastry facility which is eventually named the Shunsuke Takaki School of Baking and Pastry to honor the founder of Japan’s Takaki Bakery and Andersen Group.

1993: The New York State Board of Regents approves the CIA to offer two bachelor’s degrees in culinary arts management and baking and pastry management, and opens the Conrad N. Hilton Library.

1995: The CIA launches The Culinary Institute of America at Greystone in the heart of California’s Napa Valley. First offering continuing education programs for foodservice professionals, the campus grows to include associate degree programs and food enthusiast classes.

“I have a great admiration for The Culinary Institute of America and its commitment to young people who are seeking a career in food preparation.” Chuck Williams, founder and vice chairman of the board, Williams-Sonoma, Inc. 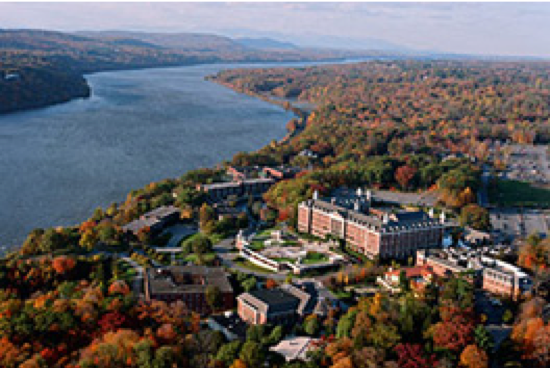 “The first time I visited, I knew I had finally found a school that teaches the traditions of the world’s cuisines. It’s the best culinary school in the world.” Paul Bocuse, world-renowned French chef

2000: At the Hyde Park campus, the Apple Pie Bakery Café opens to enhance the baking and pastry curriculum, becoming one of the colleges most popular public restaurants.

2001: The CIA opens the Colavita Center for Italian Food and Wine in Hyde Park, devoted to the study of the culinary traditions of Italy. The Center includes the new home of Ristorante Caterina de’ Medici.

Dr. Tim Ryan, a Certified Master Chef, becomes president of the CIA, the first alumnus and first faculty member to hold the top position at the college.

2005: In Hyde Park, Anton Plaza is completed adjacent to Roth Hall, providing a beautiful area for special events, student activities, and visitor parking. At Greystone, the Ventura Center for Menu Research and Development opens to advance menu-development research and education for the foodservice industry.

2006: The Cornell University School of Hotel Administration and the CIA announce a collaborative degree program in hospitality management and the culinary arts.

The college adds its proven associate degree program in culinary arts at The Culinary Institute of America at Greystone.

2010: The college introduces its first international campus in Singapore, thanks to the CIA’s historic partnership with the Singapore Institute of Technology (SIT). Students in Asia earn a CIA bachelor of professional studies degree in culinary arts management on the campus of Temasek Polytechnic.

In Hyde Park, the college launches a groundbreaking bachelor’s degree program in culinary science. The elite program applies science-based understanding of the culinary arts to prepare students for careers in research and development, large-scale foodservice, or high-end dining. New 15-week study concentrations allow students to focus their education experience at our California and Texas campuses.

2013: The CIA replaces the Escoffier Room with the stunning Bocuse Restaurant, where classic French cuisine is reimagined through the lens of state-of-the-art techniques.

2014: The Marriott Pavilion opens on the New York campus with an 800-seat Ecolab Auditorium and state-of-the-art Chuck Williams Conference Center.

2016: An exciting evolution of the CIA bachelor’s degree program comes to fruition, as the college confers its first bachelor of business administration degrees to students majoring in food business management.

2017: The college launches its new bachelor’s degree major in hospitality management, the most food-focused hospitality program in the country, leading to jobs managing elite hotels, restaurants, and resorts, as well as event planning, tourism, and beverage production services.

The CIA Copia in Napa has grown into must-experience destination for food and wine lovers. The new Chuck Williams Culinary Arts Museum there houses the culinary collection of Williams-Sonoma’s founder.

A vision for the future: Still the world’s premier culinary college…and getting better all the time.

“We have a tremendous legacy, a deep reservoir of faculty and staff talent, unsurpassed facilities, and an alumni network of leaders and future leaders. (Our) mission is to take a great institution and make it even better. In doing so, we will move in some new and quite exciting directions.” Dr. Tim Ryan, president, The Culinary Institute of America