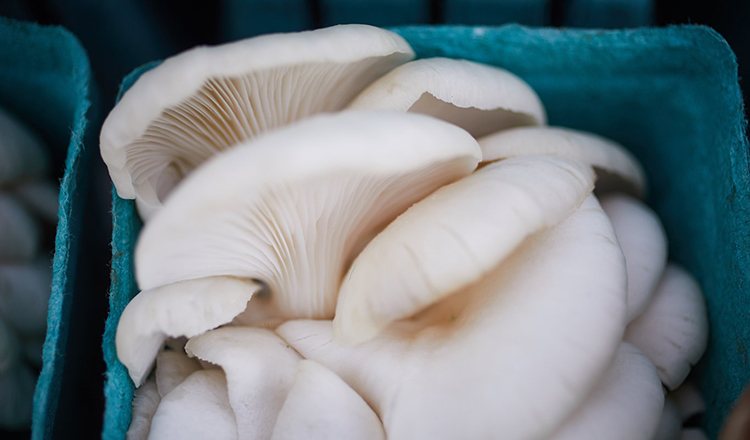 Though mushrooms grow throughout the year, they are widely regarded as seasonally fall (except morels, which are the best part of the spring!).

White button and cremini mushrooms (often called baby bellas) are the old stand-by. They are inexpensive, sturdy, and neutral in flavor. But as much as we love the classics, there are so many mushrooms to explore, each with unique flavors, aromas, and textures, not to mention colors!

Mushrooms are a fungus that exists in thousands of varieties. Cultivated mushrooms, commonly available today, include the familiar white mushroom and varieties such as portobello, cremini, shiitake, and oyster mushrooms.

Wild mushrooms, prized for their concentrated, earthy, and distinct flavors, include the cèpe (porcini), chanterelle, morel, and the truffle. Knowing your purveyor is important when you’re seeking out wild mushrooms, as many varieties are poisonous. Unless you are very well-versed, exercise caution if picking your own mushrooms or purchasing from a local forager. These mushrooms are typically very expensive and are often sold dried outside of their short seasons.

The best advice when choosing unfamiliar mushrooms is: just try it! In general, there is not a “right” or a “wrong” mushroom for a dish. Sure, there are traditional uses for some mushrooms, or traditional mushrooms for some uses, but odds are, you won’t be disappointed when choosing one over the other. Even better, you just might find your new favorite variety of mushroom.

Shiitakes, maitake (also known as hen of the woods), and the ultra-seasonal foraged mushrooms, like porcinis and morels, are among the most distinctly flavored mushrooms. As you explore, you may consider using small amounts of these mushrooms alongside the familiar varieties, to help offset the bold flavors and bold price tag. 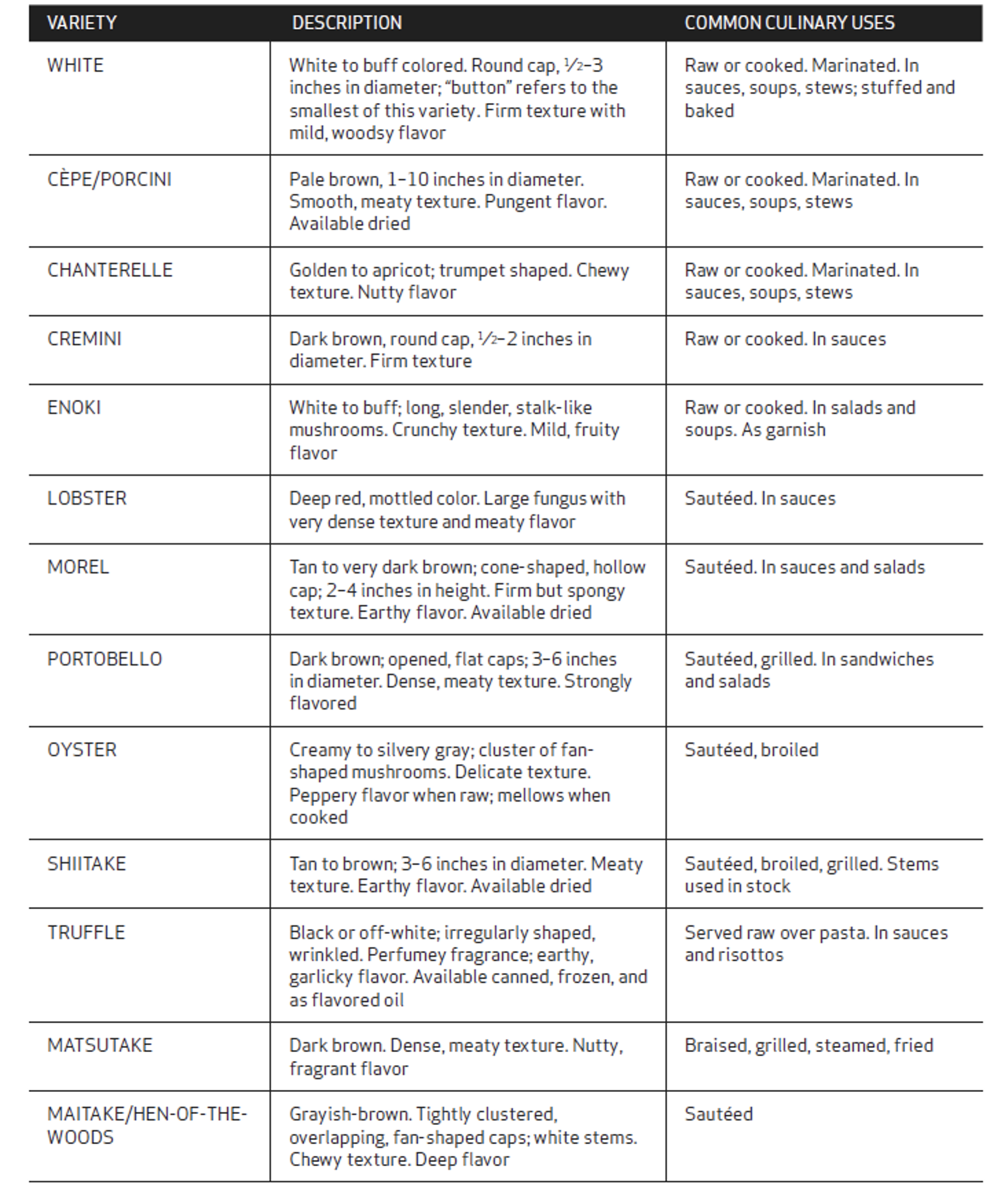 Select mushrooms that are firm, without blemishes or breaks. If using varieties such as the white or cremini, the caps should be tightly closed, as opened gills are a sign of age. Conversely, when selecting portobellos—a mature cremini—it is desirable for the gills to be open, signifying a concentration of flavor. Some mushrooms are naturally softer, like delicate oyster mushrooms, but their stems should still be rigid and plump.

Mushrooms should be stored in the refrigerator, in a single layer, covered with damp paper towels. When you want to use them, wipe mushrooms with a damp paper towel, or very quickly rinse them in cold water and drain immediately. Mushrooms should never be submerged in water, since they absorb it like a sponge and will become mushy.

Do you have any specific mushroom questions? Not sure what part of those blue oyster mushrooms you’re actually supposed to eat? Are puffball mushrooms for real (yup!)? Drop it in the comments, and we’ll give you our best advice!

In the meantime, try some of our favorite mushroom recipes!