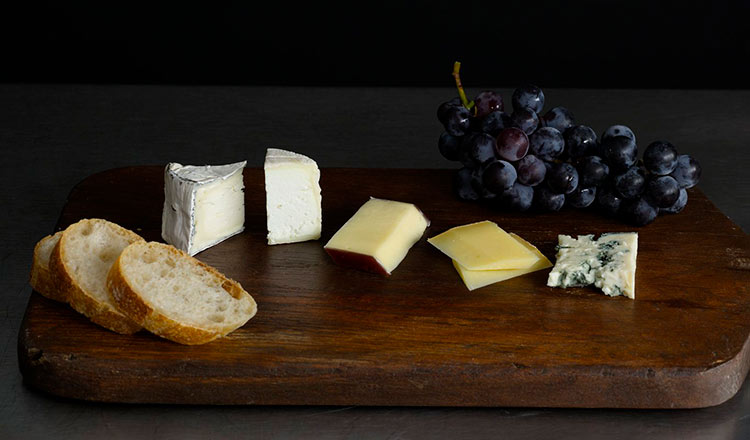 Rinds happen. The first ones that showed up were on cheeses that sat around for a long time without becoming inedible. Somehow, a tough exterior was allowed to form which protected the cheese from vermin while keeping moisture inside. This is a natural rind. Other rinds occurred over time, and are still in use on…
Click Here To Login

Identifying Cheese Rinds (or, Can I Eat That?)

Rinds happen. The first ones that showed up were on cheeses that sat around for a long time without becoming inedible. Somehow, a tough exterior was allowed to form which protected the cheese from vermin while keeping moisture inside. This is a natural rind. Other rinds occurred over time, and are still in use on many cheeses. As you might expect, there are even laws to be found determining which rind should be on certain cheeses. Love the French! 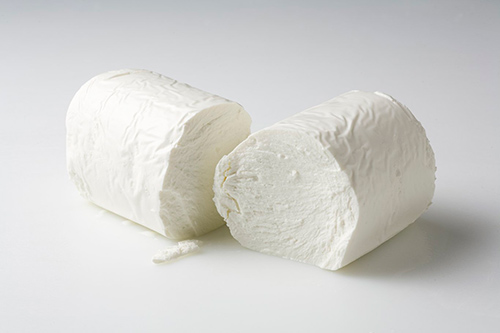 As you might guess, there’s no rind on fresh cheeses, such as fresh mozzarella, farmer’s cheese, Neufchâtel, etc. This stuff is supposed to be eaten quickly and should never have the time to form any sort of rind. 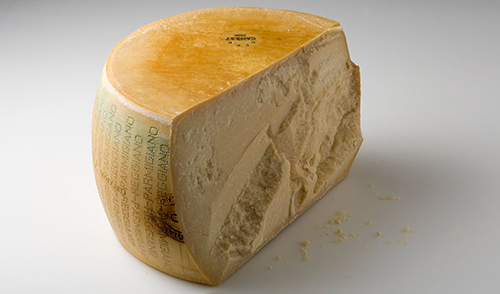 This rind just happens as the cheese ages and dries out on the shelf. The best example is Parmigiano-Reggiano; the tough exterior on this cheese is basically the same stuff as on the inside, it’s just that the cheese aged for a year and the rind got tough and leathery. Natural rinds are generally too tough to eat, but they can be added to simmering soups, stews, and sauces for flavor. 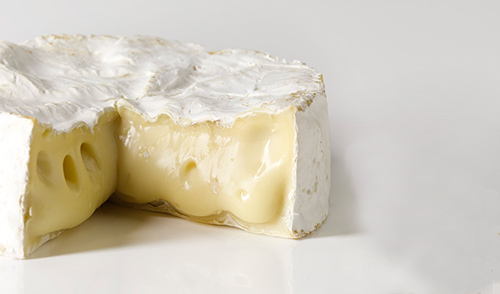 This is a specific strain of mold that is encouraged to grow on the surface of the cheese. The strain of mold is often a type of penicillum mold, such as Penicillum camemberti (guess from which cheese), and forms the white fuzzy coating, most famously seen on the surface of Brie and Camembert. It is, indeed, edible, and adds both textural interest and flavor complexity. 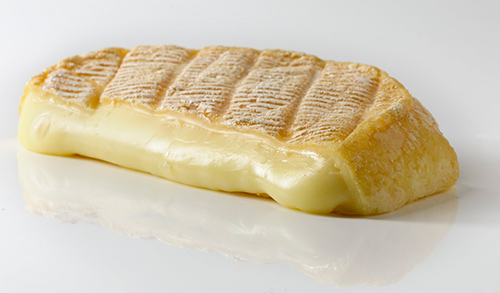 This type of rind is feared by many, because this is often a sign that the cheese is going to be stinky. The way it works is that the surface of the cheese is washed with a salt brine, beer, wine, or marc (French pomace brandy, like grappa, and pronounced “mahr” in French), then allowed to dry out and age, or sometimes washed repeatedly, which results in a stronger flavor. The washing kills surface bacteria, allowing the desired strain of bacteria to grow on the surface of the cheese and form a coating. These rinds are often orange or pinkish in color, and have a distinctive odor. Okay, let’s face it; these bacteria produce a putrid odor, like stinky feet or armpits. Cheese with a washed rind (luckily) tastes better than it smells. Famous examples are Taleggio, Epoisses, Pont l’Evecque, and Reblochon. It’s usually a “yea” or “nay” proposition, you either love it or hate it. You will know quickly which camp you are in once you’ve tried any of these cheeses. These rinds are edible, if you enjoy them. 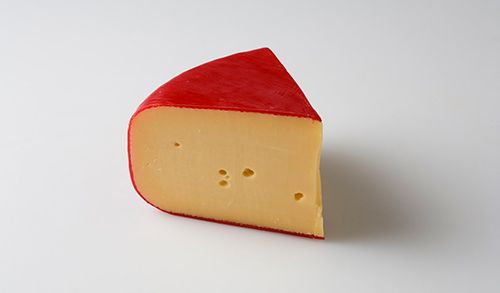 This refers to anything that didn’t originate on that cheese, like the red wax on the Gouda or the dried herbs on the goat cheese log. There are even some cheeses that are wrapped in leaves (Banon is wrapped in chestnut leaves), bark (Jasper Hill’s Harbison is wrapped with cedar), or covered with the mold from another cheese altogether. In all of these examples, the artificial mold or covering protects the cheese from intruders and keeps the cheese moist. These rinds should be removed before enjoying.